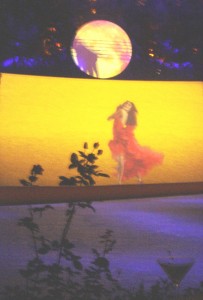 As it looks like I might be in Las Vegas working on the new book a little longer than anticipated, I was approached by a new e-zine called Living Las Vegas (www.living-las-vegas.com) to write about what it’s like living in, as opposed to just visiting, Sin City.

It’s a fun, interesting and fact-filled website and I’m working as one of seven staff writers covering the beat so there are multiple points of view about living in this desert oasis. I believe I’m the shortest term resident on the staff. Most of the writers have been living in Vegas ten or more years. At least one of them has been here for more than twenty-five years, so the writing and perspectives are unique even though our topic (life in Vegas) is rather consistent.

It’s been a real pleasure working with Managing Editor Mark Sedenquist and our AP editor Nancy Zerby and I look forward to a long, fun-filled collaboration with them.

My first article was about the Las Vegas 51s, the local AAA affiliate of the Los Angeles Dodgers. Check it out at http://living-las-vegas.com/2008/05/baseball-las-vegas/. It was initially published online on May 22, 2008 and will be stored in the website archives as new articles are released.

My next article is going to be about caring for long-haired dogs in the desert heat and low humidity. I believe the pub date will be Thursday June 19, 2008.

These new writing assignments and deadlines are going to be good for me. Progress on “For Rent:Dangerous Paradise” continues, although not at the pace I expected. I’m writing the ending now, but am going to have a lot of editing to do in order to tie up the spider web of intrigue and lies.

All in all, it’s going quite well and I’m happy with the way it’s shaping up (just not the time it’s taking!). I think my next book, if there is a next book, will be a much faster process. Primarily because it will involve some of the characters already fleshed out in “Dangerous Paradise” and because my initial research into the mystery genre won’t have to be repeated.

Cheers and thanks for all your continued support. I’ve received lots of inspiring email since getting this launched and again I send out props and thanks to Matt Ley of Novamedia for getting the ball rolling with Word Press and making it happen!

This entry was posted in News. Bookmark the permalink.